Piracetam Review: That Time I Enhanced My Brain 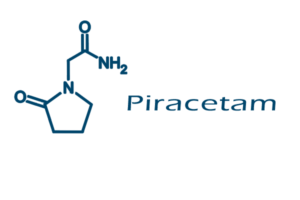 Piracetam is a nootropic that belongs to a class of drugs called Racetams, some of which qualify as nootropic “smart drugs” and others which do not.  In the future, I will be reviewing other racetams including but not limited to Aniracetam, Oxiracetam, and Coluracetam.  But for now, I start with Piracetam.

Created in 1964, Piracetam was the first nootropic to be engineered.  Scientists have also researched the shit out of Piracetam compared to its racetam counterparts, since it was the first of its class to be developed.  (Insert a few mild assumptions here) Thus, it is the most understood of all racetams and has been identified as the mildest and safest.  Most of the existing literature focuses on Piracetam’s potential to treat an array of cognitive disorders such as dyslexia, Alzheimer’s, and dementia. 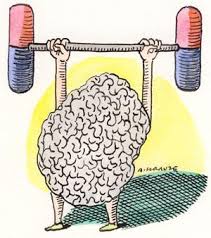 While research related to Piracetam’s efficacy on healthy individuals are relatively lacking, the compound is generally believed to improve memory, increase learning, enhance focus, and magnify sensory perception.  This particular study found a significant increase in verbal learning in healthy adults after daily administration of Piracetam.  Interestingly enough, the researchers reported that the increased learning did not emerge until after the 14th day.  Which brings me to an important point: The effects of Piracetam are cumulative, meaning most people will not feel the effects right away.  So be patient Young Padawan, and give it some time before you give up if you decide to give this nootropic a try.  “Effects” felt within the first week are likely placebo.  It can take a while for one to feel any significant effects–anywhere from days to weeks.  Remember: YOUR MILEAGE MAY VARY!

Piracetam has a short half-life so you’ll need to re-dose 1-3 times a day, depending on your metabolism, among other factors.  There are two popularly accepted dosing regimens when first starting out with Piracetam: Gradual Dosing and Attack Dosing.

This allows for a lot of wiggle room for experimentation.  You may also need to tinker around with your dosage once your body starts getting used to the compound (e.g., increasing dosage once body develops tolerance).

Gradual dosing requires one to start by taking 800mg – 1000mg of Piracetam 2 to 3 times per day for the first week.  If desired effects are not felt by the end of the first week, add an additional 500mg to your dose.  If desired effects are still not felt by the end of the second week, add another 500mg.  Continue this pattern until you start noticing positive effects–whatever dose you end with is your optimal dose.  Continue taking your optimal dose 1 to 3 times daily.

This method involves taking more than the recommended dose during the first week of your Piracetam undertaking.  Attack doses usually range from 4ooomg – 4800mg, taken consistently at least twice (max thrice) per day.  Once this initial week of attack dosing is over, lower your your dosage to 1000mg-2000mg (roughly) 1 to 3 times per day.  You will need to play around with the exact dosage and frequency of re-dosing until you feel optimal effects.  The strategy behind attack dosing involves “jump starting” your brain to try to shorten the time it takes for effects to emerge.  Additionally, some people report positive nootropic effects via attack dosing and no effects via gradual dosing.

For further dosing information and guidelines, read this Nootriment article.  I found it extremely useful when first starting out with Piracetam.

My experiences: positive and negative

I purchased my Piracetam powder years ago from a reputable vendor that is no longer in business, due most likely to FDA crackdowns.  Luckily, there are always new vendors popping up.  It is wise to do your research on vendors before purchasing your first batch of Piracetam, as some vendors are untrustworthy and sell bunk nootropics.  Some reputable vendors include Powder City and Peak Nootropics. 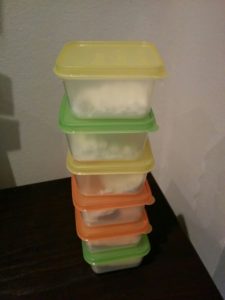 How I divvied up my dosages. Confession: I did it more so for the cute containers than for convenience.

I opted for the attack dosing method and found it quite effective.  I started out by taking 4800mg twice per day, and then lowered the dosage to 1500mg – 3000mg following the first week.  I played around with the dosage a lot and often dosed in relation to how much I needed to get done on a given day.  If I knew I needed to expend more mental energy than usual, I’d dose 3000mg as opposed to 1500mg on a lazy day.  I started noticing effects around 5 days in, which continued to build as the days went on.  Here are some important experiences to note:

If you are new to nootropics and are interested in trying some out, Piracetam is the perfect nootropic to start with.  It is the cheapest of all racetams, and the mildest in terms of experienced effects.  You’ll get a bang for your buck.

Purchase some of your own Piracetam here! Use coupon code FEDORA for 10% off.

Worried about headaches?  Buy some Choline Bitartrate here to quell those fears!

Taking Piracetam (and Choline) is an ideal starting point for curious nootropics beginners. Remember to be patient while tinkering with your dosage and don’t forget that your mileage may vary.

If you’ve tried Piracetam, submit your rating below or leave a comment!