Nootropics? 'The hell is a nootropic?!

Nootropics comprise a class of substances and supplements colloquially known as “smart drugs” that serve to enhance cognitive functions such as attention, memory, concentration, and information retention – among other “perfectly productive Peter” traits.  They are usually purchased in either powdered for capsuled form.

Importantly, for a particular compound to qualify as a nootropic it must satisfy the criteria of being neuroprotective, which references the “relative preservation of neuronal structure or function.”  That being said, nootropics are by no means 100% safe or guaranteed effective since each individual’s biological chemistry and makeup is unique.  A 4 gram dose of Nootropic X may significantly boost Person A’s concentration while causing brain fog and depression for Person B.  In other words, your mileage my vary. 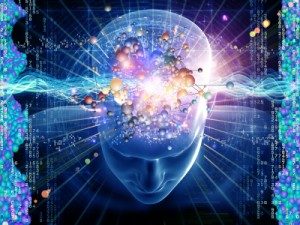 No.  Powerful amphetamine-based medications like Adderall and Vyvanse do not qualify as nootropics under the strict definition.  This is because recent studies have implicated said stimulants in causing certain degrees of neurotoxicity and damage to dopaminergic neural pathways.  So even though Adderall and the like are often hailed as “smart drugs,” keep in mind that such substances are not nootropics.  In fact, in one of my reviews on the positive nootropic effects of L-theanine & Caffeine, I noted studies that have identified the cognitive enhancing effects of Adderall as being merely placebo.

The key takeaway here is that nootropics will not produce the same intense stimulating effects as Adderall and the like.  Rather, nootropics are much more subtle, with an efficacy that varies widely from person to person.

For a more comprehensive guide to nootropics, visit here.  Your curiosity will thank you.